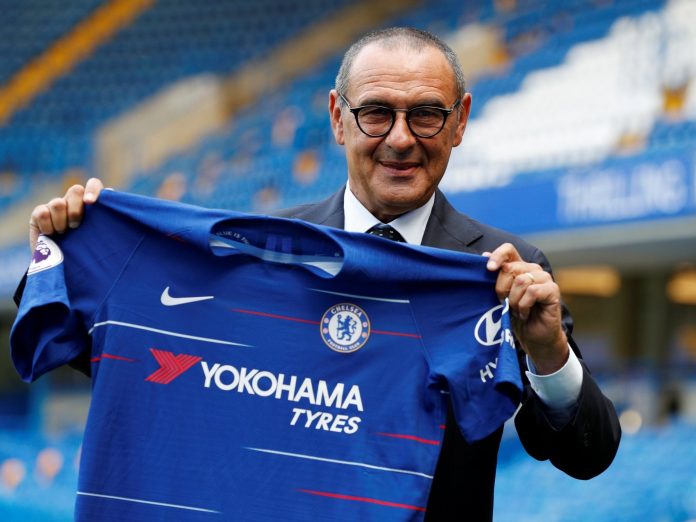 With a new Chelsea boss, Sarri at the helm of affairs at The Blues, there is promise of a different style of play than what the Stamford bridge faithfuls are used to. Chelsea in recent times have been renowned for their astute defenses bar the Ancelotti season when they had of one of the finest attacks in the Premier League and put other teams in the the sword.

Sarri brings with him from Napoli a very different brand of football, with the Italian boss known to favour a high press, his teams usually will press high trying to cut off opposition passing and win the ball in the opposition half.

This pressing also mean that the Chelsea backline will have to push up higher than they normally do. The Italian manager also prefers a deep lying playmaker ( DLP) or regista as they call it in Italy to orchestrate things: control things from deep and link the defense with attack. For this role, Sarri has brought with him Jorgingho from Napoli who excelled really well in that role for the Serie A side, topping the passing charts in the last 3 seasons. 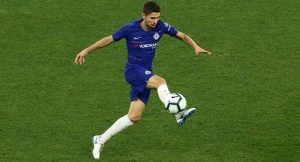 With Sarri preferring a midfield 3 and Jorgingho occupying the DMF space and being the furthest of the midfield behind, this means that Ngolo Kante is going to have a new role in Sarri’s team. Ngolo Kante could feature in the right side of the midfield 3 which will give him license to press high up the pitch and make forward runs into the box operating more like a box to box. This could be a very different Kante than we have seen in the previous seasons. Completing the midfield 3 will most likely be Cesc Fabregas, the veteran Spaniard is an excellent chance creator and is good at controlling play. New signing Kovacic is also a big favourite fir that role. Ross Barkley and Loftus-Cheek are others who can also feature in that role.

Sarri’s front at Napoli sees the left sided attacker (Insigne) cut inside and play in the half space, a role Eden hazard will fit into perfectly. The right side of the attack offers more with than the left and with Willian still in the club, it is most likely he will own that position. Morata/Giroud is most likely going to lead the line in attack. One place Chelsea will be lacking is in their full back position. Sarri’s fullbacks push very high providing width for the team and this is not a role I think either Alonso or Azpilicueta can fill very well.

Despite the disappointing showing by Sarri’s team in the community shield fixture against City,it would be quite harsh to criticise Sarri completely for it as he has just been appointed so recently and have not had enough time to work with his players and instill his playing style/philosophy on them, I’d say he still needs one more transfer window to get his team in place. Even the great Pep needed until April in his first season to see his team play the way he wanted. I believe strongly that Sarri’s appointment is the right step for Chelsea going forward. The Blues faithful should be excited as a new style of football is coming to the bridge. Sarriball is here. 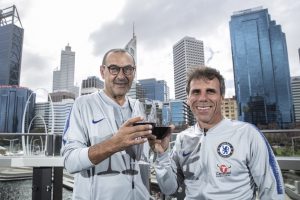