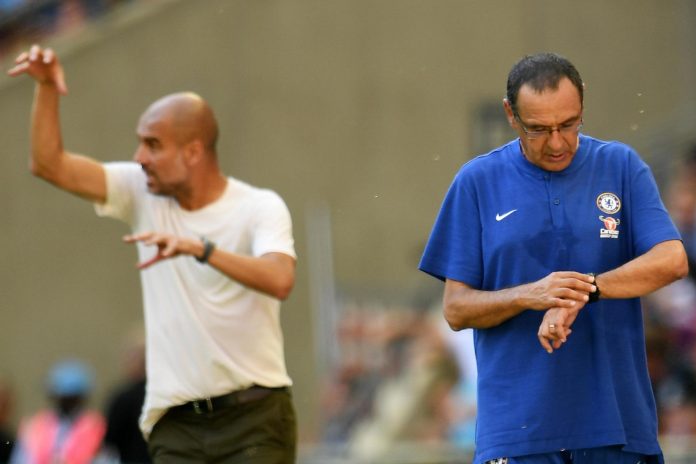 In the past season, we saw the reigning champions Chelsea FC fall so hard they couldn’t even qualify for the UEFA Champions League.  Combined with Conte’s mumblings (justifiable and understandable), it eventually cost him his job, summing the performance of the London clubs in general last season.

The City of Manchester, on the other hand, experienced better fortunes claiming the top 2 spots in the league with Pep Guardiola’s Manchester City crowned as champions (£200 million+/- well-spent innit).  Not only did they win the title, they did so in style and the domineering performance of a juggernaut claiming 100 points in the process.

With the new season comes new perks however: Chelsea and Arsenal have had a change in the manager spot with Maurizio Sarri and Unai Emery coming in respectively, the transfer window has been slated to end before the season begins; a decision that has revamped completely the transfer strategies of all English clubs while those who didn’t adjust quickly pay the price again, amongst other things.

In short, welcome to the new season and let us have our top 6 predictions from some of our biggest writers here at 352ng. So, leggo!

Chelsea to climb back into the top, Pep’s charges to go platinum again. 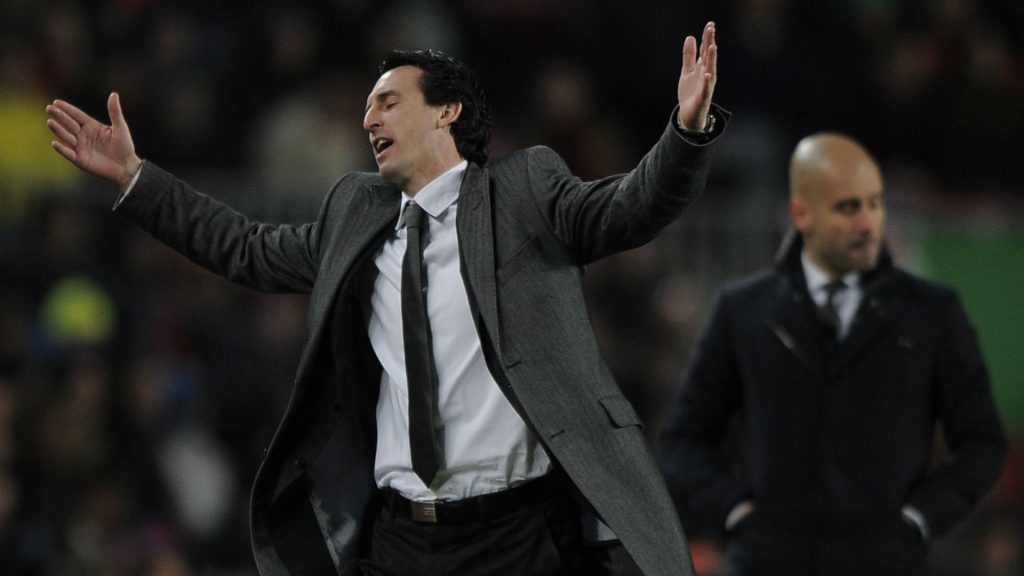 We’re back again. Last season, I will admit, sentiment made me choose Man United finishing as champions over Man City. Now I will try to be objective about it.

Title to stay in Manchester, Liverpool to fall short, Revenge of the 6th for Arsenal. 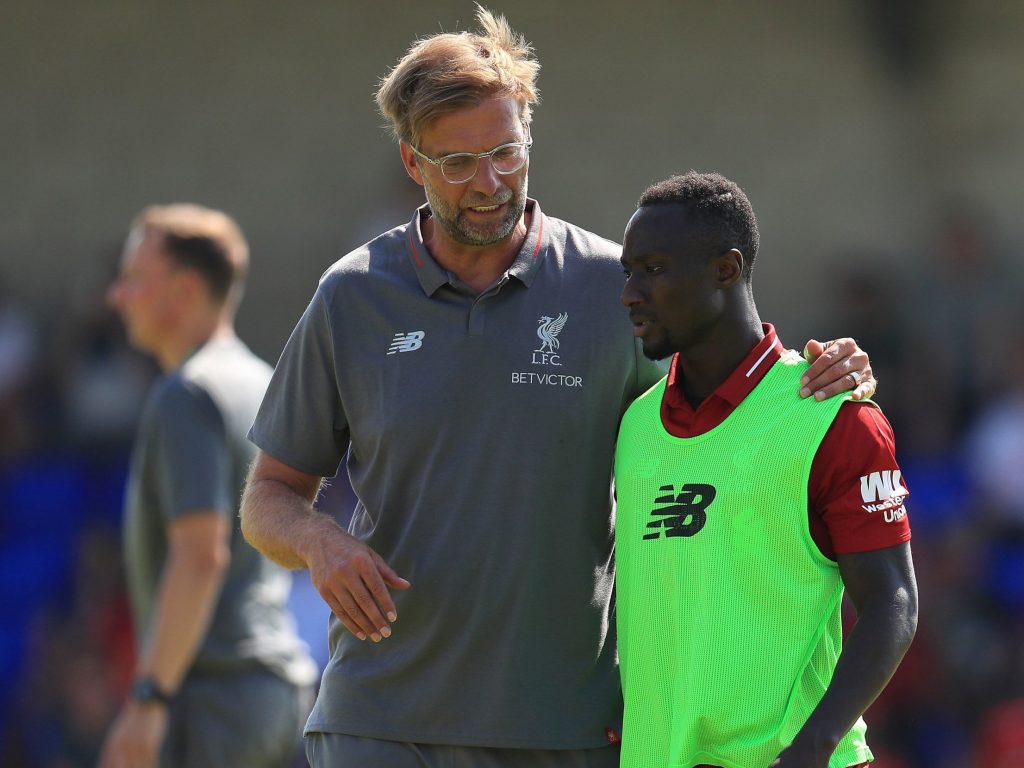 It will hard for this Manchester City side to replicate the heroics of last season, but the Cityzens have enough to win the league again. The arrival of Algerian Riyad Mahrez indicates there is no slowing down in the blue half of Manchester and Coach Pep Guardiola is experienced in a title challenge season as his time in Spain and Germany will show.

Jurgen Klopp has asked for expectations to be tempered down and I think the Merseyside outfit will give the title a go but will fall short. Recruitment has been top-notch with amazing talents like Naby Keita, Allison Becker and they will add to the brilliance of the front three (Mane, Salah and Firmino) but that might not be enough to bring the title after 26 years.

A tough summer and pessimistic entrance to the season by everyone associated with Manchester United, but if there’s something about a Jose Mourinho side, it’s an ability to win matches without having to play the best football. With no real business in the summer transfer, United still have enough talent to compete for the top four spots.

The London outfit have a new coach with a completely different approach to the previous regime and #Sarriball will take time and it might be too late to get to my predicted top 3 before it gets fully activated and a Europa League campaign will make things harder for the blues. But there are enough talents to secure a Champions League spot.

A new era, arsenal needs to rebuild on and off the pitch after the departure of long-term coach Arsene Wenger and that will take time, the gunners will need another summer transfer window before they can challenge for a top 4 position and will fall short this season and a Europa league campaign won’t help either.

Investment in a new stadium crippled transfer business for Tottenham and they were unable to bring anyone in this summer and coupled with the fact that they must compete in Europe again, that might not be enough personnel for Spurs when the matches come thick and fast. 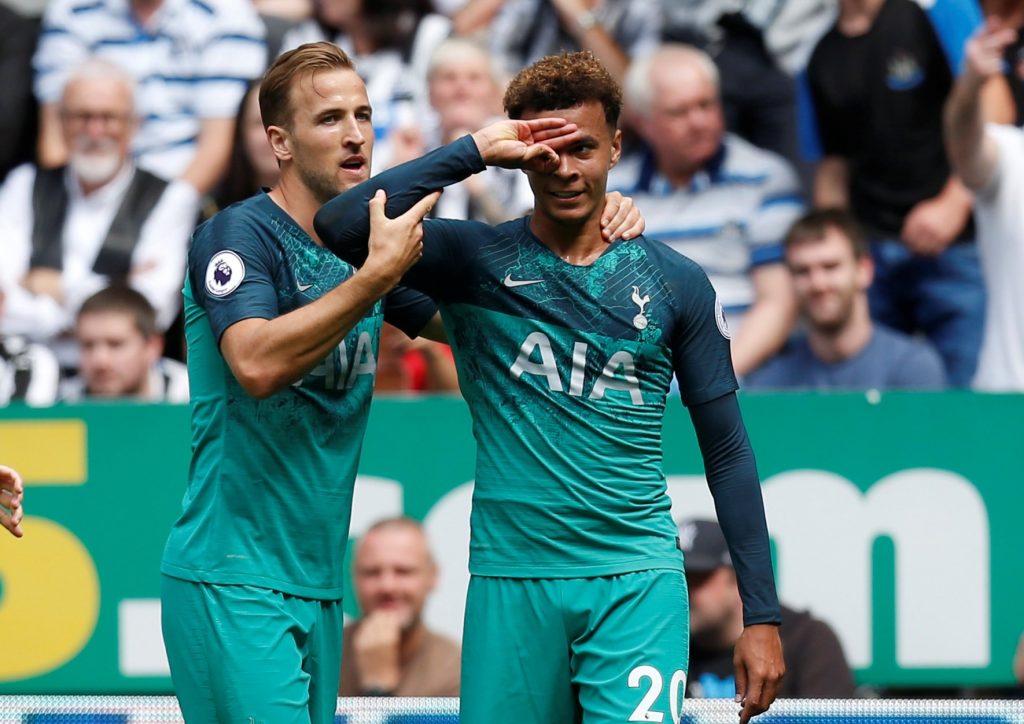 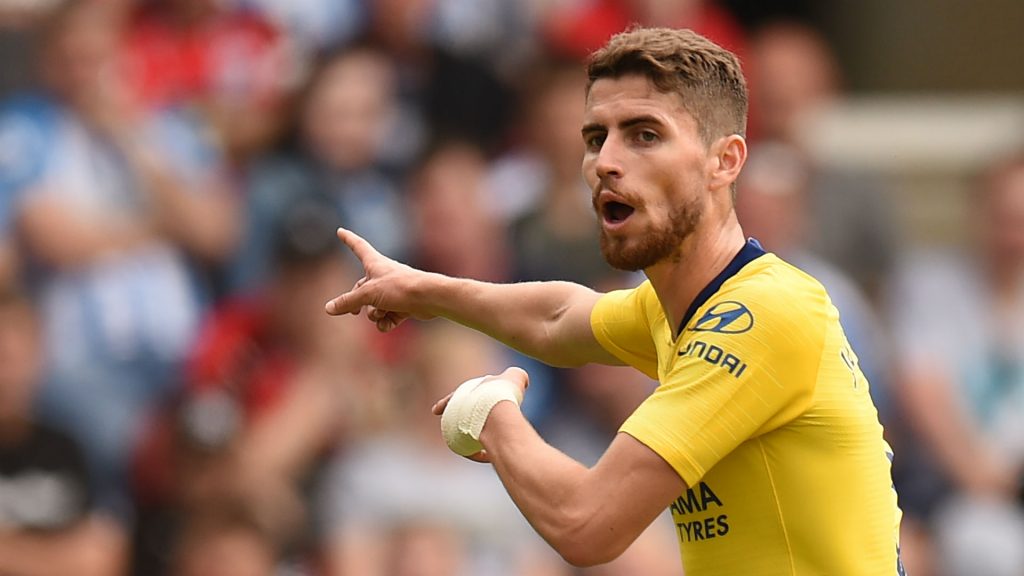 The EPL is back again and finally, our weekends have meaning! Some of us even picked up weird hobbies like painting during the break after The World Cup. With flurries of transfers after The World Cup, the 2018/2019 EPL season offers new excitements and a few surprises. With no further ado, I shall make my prediction. 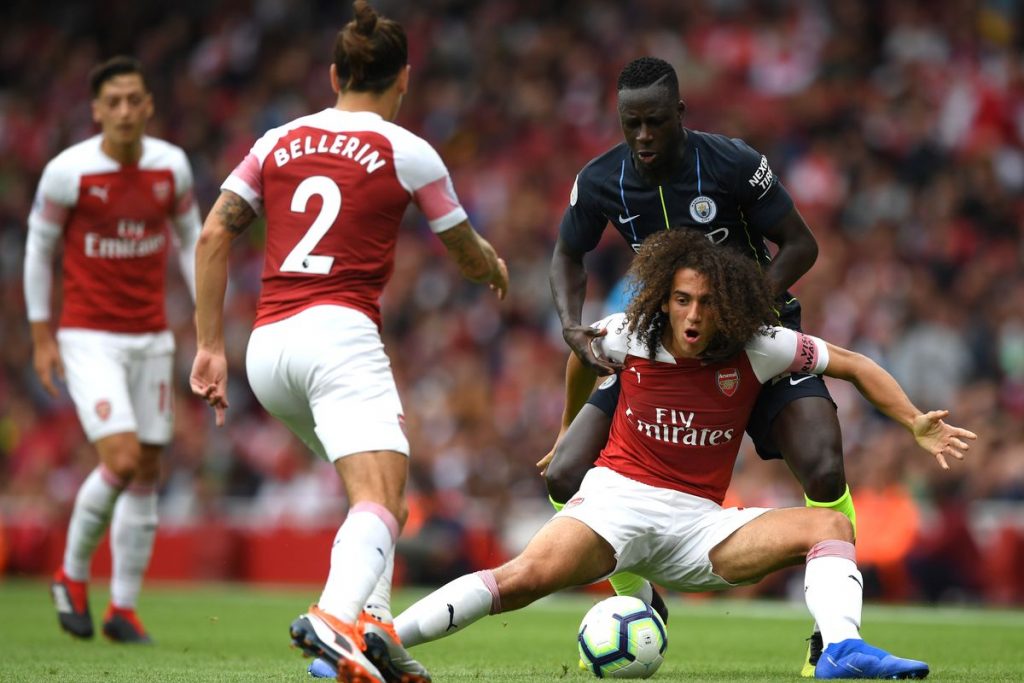 My fans have been reaching out earnestly to me, eagerly anticipating my prediction for the 2018/2019 English premier league top 6 finish (remember when it was top 4? Now we have to accommodate Tottenham Hotspur) following the success of my predictions last season (4/6, highest amongst 352ng writers)

It’s been a very long wait for the start of the English Premier League since the 2018 FIFA World Cup ended and we are all just glad we’re back to having nonstop, exciting football (look away United fans) every weekend and here’s how I think the top 6 will finish;

Tottenham recently became the first Premier League club not to buy a single player in the transfer window since it was first introduced, and you can imagine them throwing this line around should they manage any sort of achievement this season – knowing Tottenham that’s anything.

But this is not about that anyway, this is about the Tottenham squad not having enough squad depth and needing better quality backup players that can step in and make nearly as good an impact as the first 11 to deal with putting pressure competing across all competitions.

Chelsea let go of Antonio Conte before the start of the season and replaced him with cigarette smoking, exciting football playing head coach who has done well to identify and sign players like Jorginho & Kovacic that suit his preferred style of play.

However, I feel they might not be ready just yet to make it back into the top 4 especially if Hazard leaves to Real Madrid and they are left with Morata leading their attack. 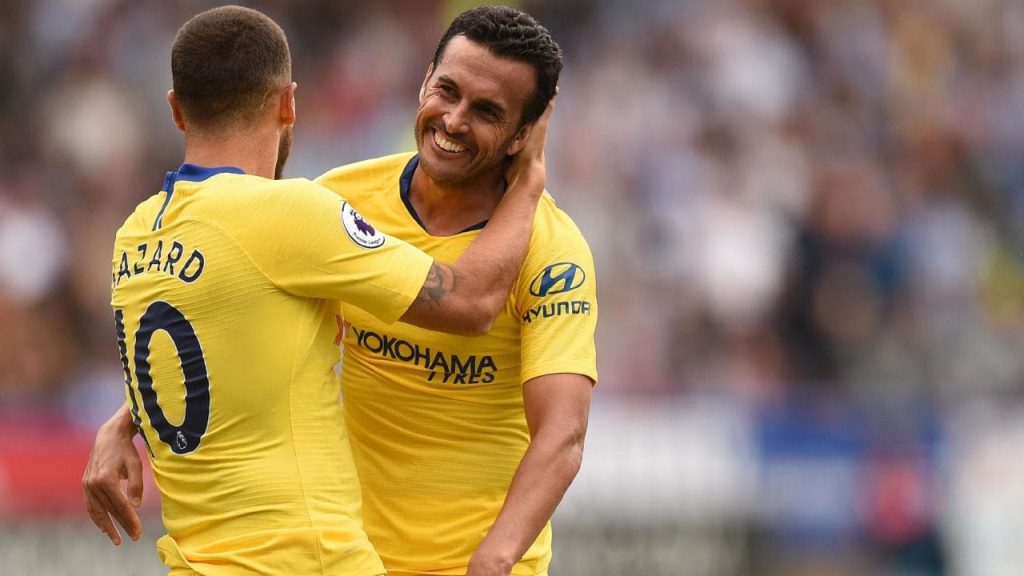 Home sweet…call me biased or whatever, I don’t care, it doesn’t change the fact that Unai Emery is going to ensure his new team presses their way back to playing champions league football. This might be one of the first time in a few years that I’ve not completely thought “this year is our year”.  I mean I want to but deep down, I know it’s a reach so I’m giving the team some time to settle with the new order of the day.  It’s the beginning of a new era following the departure of the GOAT, Le Prof Arsene Wenger at the end of last season.

Since the arrival of the new head coach though, there’s been a great sense of optimism and positive beliefs amongst fans and the club hierarchy for the start of this new era which comes with an entirely different approach to the way things were. A very okay transfer window, a new style of play and hopefully determination from the current crop of players make me see Arsenal finishing 4th at worst.

The season has barely started but Mourinho has already complained about any and everything ahead of his third season in United and you must have heard of what mostly happens in his third seasons at the helm of a club. Nevertheless, with the quality of players he has and provided Dave continues to save (unlike at the World Cup), Manchester United has no business finishing below third. In fact, I won’t be surprised if, in all the storm, Mourinho finds a way to have the last laugh, it’s really his last shot at proving he’s still a top manager. 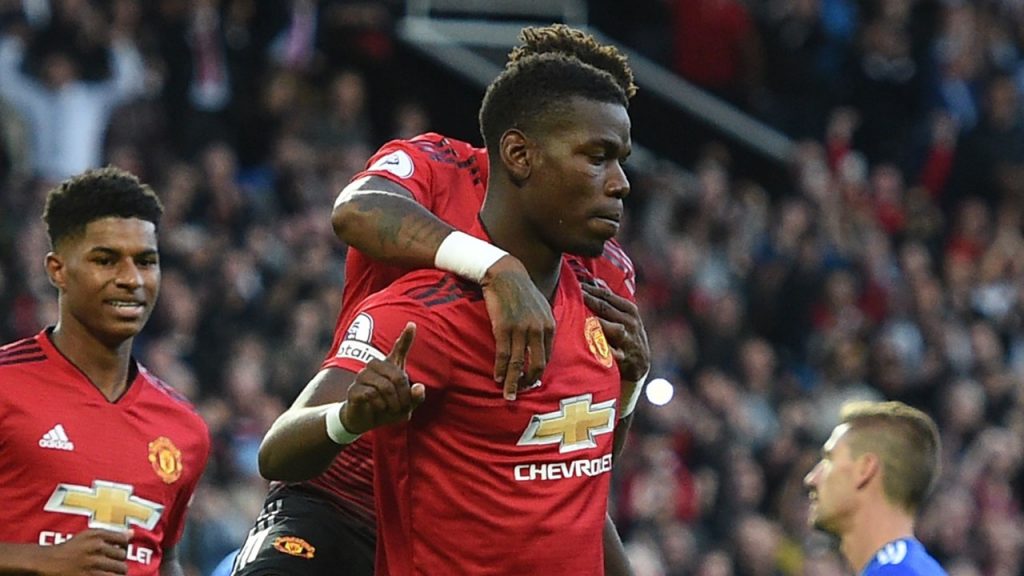 Klopp has been able to get a squad rich with quality and a high level of cohesion over the past seasons. He has even rescinded on his words and gone on to make very unexpected expensive key reinforcements in areas you might have argued they lacked. Somehow though, he still thinks they are underdogs and shouldn’t be expected to win the league. Agreed, winning the league is no easy task but I think they have what it takes to win it even though I’m a bit sceptical because it’s Liverpool and we’ve been here before.

It seems the footballing world is tipping either of Manchester City or Liverpool to win the league and you can’t necessarily blame them, have you seen both squads?

Manchester City had the most complete squad in the English Premier League and still went on to make a very important Riyad Mahrez signing. But this is not just because one of the best playmakers in the league joined the best team in the league, no, more than that, Pep Guardiola is still in charge and you can expect them to continue playing exceptionally intriguing football moving forward.

Will they retain the title? I think so, maybe not with as much glitz and glamour like they did last time, but I think they will win the league again with only Liverpool posing a real threat.

There you have it, the top 6 predictions for the English Premier League! I’m looking forward to seeing you in May 2019 when we find out who got 6/6 in his/her predictions. Till then, let the games begin.