It was all Group E action on match day 9 as 2 more teams secured their spots in the round of 16. The Dutch and Cameroonians kicked us off in what looked like an even match at first.
Both teams attacked each other from the off; the Cameroonians more so as they were looking for their first point or points and a reason to look forward to match day 3. 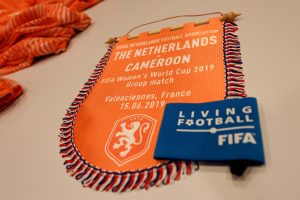 Unfortunately for them, the Dutch found the back of the net first as Vivianne Miedema headed in a Shanice Van den Sanden cross in the 41st minute. The Indomitable Lionesses didn’t waste much time in finding an equalizer however as two minutes after that, sharpshooter Gabrielle Onguene latched onto a lofted through pass to score Cameroon’s first goal of the tournament. The scores were levelled heading into the second half but the Cameroonians soon found themselves behind again when a cross from a free-kick led to Dominique Bloodworth, the ex-Arsenal and now Wolfsburg defender, tapping in a loose ball to give Netherlands the lead once again.

Just as it happened with the first Dutch goal, the Lionesses almost found the equalizer few minutes after they had conceded but saw their effort blocked. Then in the 83rd minute, Miedema scored a beautiful goal to bring the scores to 3-1. At this point, the Cameroonians may have got the hint that the search for any points would have to be postponed till they play New Zealand in their final group stage game. This must be tough for them as by this time in 2015, they already had a few points in their bag. Now it’s looking like they would bow out earlier than they did in the last edition if they fail to qualify as the best losers. Netherlands on the other hand already have their sights set on the next stage as 6 points is enough to see them through. 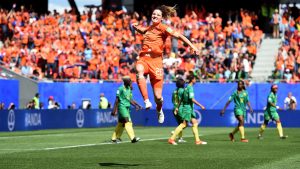 The second match was more uneven as Canada looked like the only ones with attacking intent when they faced the Football Ferns, New Zealand. New Zealand’s play seemed to have slowed down a bit when they played Canada. Coming from a luckless loss in their first group stage match against Netherlands, one would have expected that they’ll come with even more force at the Canadians but that didn’t seem like the case.

The Canadians dominated right from the start and their efforts were compensated with a goal from Jessie Fleming few minutes into the second half. The Canadians still kept on knocking at the Football Fern’s defence and eventually they got a second goal in the 79th minute after so many close attempts. Now the football ferns will try again to get their first points when they face Cameroon. But it won’t be a walk in the park anyway as the Cameroonians are also seeking to garner their first points. If things end all square, they can both head to the airport after the game as one point wouldn’t qualify them to proceed to the next stage as the best losers. Canada, just like in 2015 when they were hosts, are heading to the round of 16 but first they would face the Dutch and that would be a match we’d all like to see. 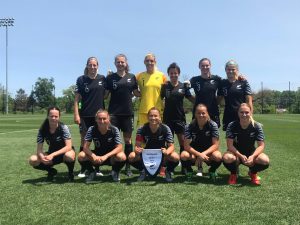 Group F matches will be played today with Sweden playing Thailand and the USA playing against Chile. Are we going to see another double figure score line today? We’ll see.