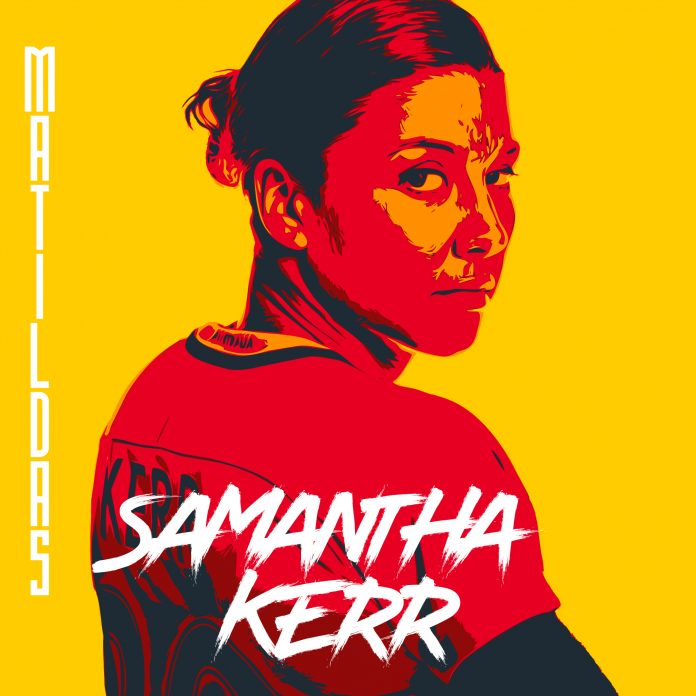 Group C will come alive on day 3 of the FIFA Women’s World Cup, with their first set of games. Powerhouses Brazil and Australia will face stiff competition from Italy and Jamaica.

Who will come up tops?

The Matildas have built steadily built their name in World football. From just making up the numbers at the World Cups from 1995 when they made their debut in to 2003, they picked up a combined zero wins and two points spanning three tournaments. They upped their reputation over their next three outings however; with three quarter-final exits in 2007, 2011 and 2015 to Brazil, Sweden and Japan, they had become not an outstanding team perhaps, but a quality one nonetheless. They had become the proverbial dark horses. In 2019, the Matildas have transcended that tag to genuine contenders for the world title.

Currently, they are ranked 6th in the World by FIFA, and with a snazzy looking jersey to boot, they have high hopes of becoming only the second team from the Asian Federation to win top honours and few would begrudge them that honour. They qualified, by finishing second in the AFC Asian Women’s Cup. They finished top of a stern group which consisted of Japan, South Korea and Vietnam by drawing against both South Korea and Japan before hitting Vietnam for eight. Then, they squeezed past Thailand in the semi-finals before losing to Japan in the final. 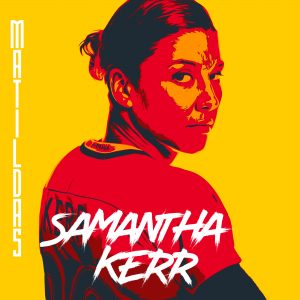 Australia’s hopes lie on the shoulders of Samantha Kerr. She is one of the best players of her generation and is a living Matilda legend. The national team captain has scored goals everywhere she has been and is the highest goal scorer ever in both the NWSL and the Australian Women’s league.

With the squad at their disposal, Australia should be expected to top the group and maybe do more from there.

The Azzurre have been a conspicuous absentee from the mundial since the 1999 when they crashed out at the group stage. They were serial winners in unofficial championships before the advent of the tournament in its current format. Their best finish at the FIFA World Cup was at the inaugural tournament where they reached the quarter-final.

They have failed on their last four attempts to qualify but weren’t willing to allow that run continues as they secured seven wins out of eight matches to secure top spot in their qualifying group. They finished with 21 points to avoid the play-offs which have been their bane in the last two qualification series.

Although they will be happy with simply being here after such a long time, The Azzurre is not a team that should be underestimated. They are unbeaten in 2019 and are a (very) dark horse for the title. 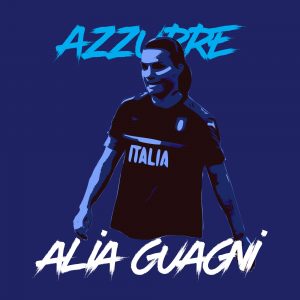 They have in their ranks a number of players who have helped Juventus Women to the consecutive Serie A titles, but top of the talent pool for them has to be Alia Guagni. The Fiorentina stalwart was a major driving force behind Fiorentina’s (eventually unsuccessful) title charge in the 2018/2019 Serie A. The rampaging wing-back has been named Serie A Women’s footballer for 2017 and 2018 and is also a contender for the 2019 award.

The Queens of Joga Bonito are one of only seven nations to have participated in all eight editions of the World Cup, but are sadly one if three who have never won it. Their best finish at the tournament came in China 2007 when Marta’s magic took them to the cusp of glory before they were beaten in the final by Germany.

Prior to that, they had been ousted at the first hurdle twice, in 1991 and 1995 and reached the quarter-final once in 2003 as well as a third place finish in 1999 when they were inspired by another magical left-footed number 10; Sisleide do Amor Lima. Sissi for short. The tournaments after 2007 have been largely subpar with quarter-finals and Round of 16 in 2011 and 2015.

They reached this year’s tournament by winning their 7th Copa America Femenina in eight attempts. They won all seven matches in the competition. Four in the first group stage and three in the final group stage. They scored 31 goals combined and let in only two. Such is their dominance over the South American continent. 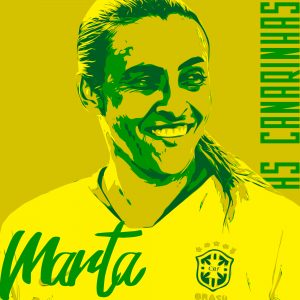 The Canarinhas will be hoping they can finally bring that dominance to the global scene in France, and they will once again be relying on Marta to carry them home. The highest goal scorer in World Cup history and the six-time Ballon d’Or recipient needs very little introduction and will certainly be one of the main attractions at the World Cup.

The Reggae girls are making their debut at the World Cup four years after being reinstated following disbandment in 2009. They qualified following their best finish ever finish in the CONCACAF Women’s Championship. They finished third in the competition thanks to two group stage wins; the first a 1-0 success over Costa Rica and the second an emphatic 9-0 thumping of Cuba. This helped them qualify for the semifinals despite an opening game loss to Canada. They were roundly beaten by USA in the semifinal but rallied to defeat Panama 4-2 on penalties following a goalless first 120 minutes.

Jamaica’s preparations for the tournament have been less than sufficient, shrouded in a cloak of sub par funding and other such struggles. This has further constricted their already slim chances of making real headway at the tournament. However, football once in a while surprises us and the crowd funders and benevolent donors who have helped the Jamaican cause so far will be hoping this is one of such times. 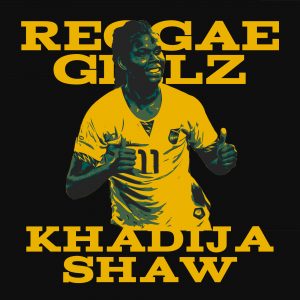 If Jamaica are to pull a surprise of grand proportions, they will be banking on the skills of one woman. Record goalscorer, Khadija Shaw has been the poster girl for the Reggae girls since her debut. The Bordeaux forward has spoken of how eager she is to represent the national team at the World cup. This is a chance she most certainly will give her best shot.