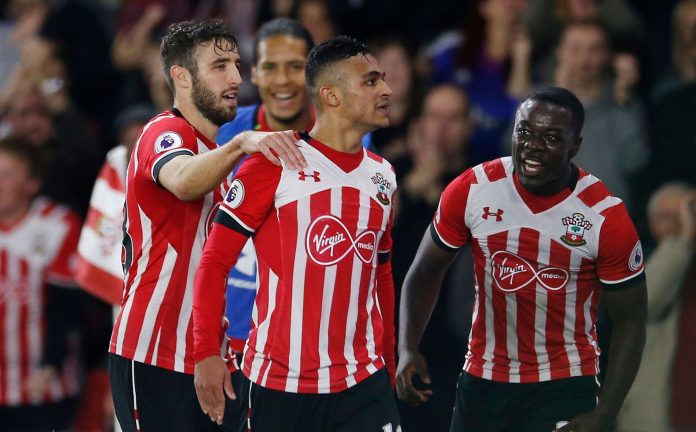 Southampton has a special place in English football history. From producing great legends to remarkable off field stories. From thriving at the top to even having to go back down and come back up again, what’s not to like about the club?

The Saints were promoted back into the Premier League during the 2012/13 season and avoided immediate relegation, finishing in a respectable 14th position. In subsequent seasons, they have continued to finish higher (8th, 7th, 6th) with each passing year despite constant player sales and managerial changes.

The club’s management has maintained a steady structure not reliant on players or managers, but is rather focused on finding the right talent in a system that allows the club grow. Complemented by a thriving youth academy, Southampton keeps outdoing itself.

During their first season back, Southampton sacked Nigel Adkins who had led them through back-to-back league promotions from the lower leagues. After a succession of poor results management replaced him with Mauricio Pochettino. The Argentine proved to be highly successful after rescuing the club from relegation in his first season and leading them to an impressive 8th position finish in his second.

Such talent doesn’t go unrecognised in the Premier League’s managerial merry-go-round and he was quickly snatched by Tottenham Hotspur by the season’s end. Furthermore, the Saints lost a host of talent including Adam Lallana, Dejan Lovren, Rickie Lambert (all to Liverpool), Calum Chambers and Jack Cork.

That summer, it was heart-breaking to see the core of the squad leave along with the manager. Some other players were also angling for moves away. This led to several predictions of an immediate relegation but against all odds, they improved. The club signed a respected manager in Ronald Koeman who would rebuild a formidable squad immediately.

He went ahead and signed Sadio Mané, Graziano Pellé, Dušan Tadić, Fraser Forster, Shane Long, Ryan Betrand and loaned in Toby Alderweireld. Again the squad overachieved and was torn apart as quickly as the previous one. Koeman left eventually, as did Mané. The Saints just could not seem to catch a break.

Southampton’s resolve remains unbroken. Claude Puel was brought in from Nice in France alongside a few new signings including former Bayern Munich trainee, Pierre Hojberg. The administration at the club remains confident in an effective model that is independent of both celebrity managers and players.

The Saints keep thriving despite constant upheavals. Easy transitions from summer to summer have remained the most impressive attribute at the club. In football, such changes can be really difficult, just ask Manchester United fans.

With an uncanny ability to nurture young talent, Southampton remains the envy of most English clubs. Several academy graduates have gone on to be huge successes. The most famous of these include Gareth Bale, Theo Walcott, Alex Oxlade-Chamberlain, Adam Lallana, Wayne Bridge and Luke Shaw to name a few.

Currently, they have young academy graduates such as James Ward-Prowse, Matt Targett and Sam McQueen involved with the first team.

The club’s recruitment policy has had a ripple effect at other clubs too. From managers (Pochettino, Koeman and Puel), to playing staff. At Liverpool there is a huge core of Saints alumni. Spurs have Wanayama and Alderweireld, while United have Shaw and Schneiderlin with Chambers, Walcott and Chamberlain also at Arsenal.

Since their resurgence in 2012, they have conducted themselves like a model club. Such a structure of consistency and smooth transition really should be emulated around the globe. They have not splurged on player recruitment despite the large turnover they enjoy.

Their most expensive transfer this season at £16m was for Sofiane Boufal. A conservative figure if you consider the new Premier League TV deal.

To close out, here is a squad of former players who have moved on since 2012. Coincidentally, they have all stayed in the Premier League except for one of them.

GK: Maarten Stekelenburg (Now at Everton) Yes, admittedly a loanee but Southampton provided the exposure needed for his ascension and would have signed him permanently if not for the Toffees’ intervention.

CB: Toby Alderweireld (Spurs) See above. Atletico Madrid had to pay £1.5m to cancel Southampton’s option to buy in order to sell to Spurs.