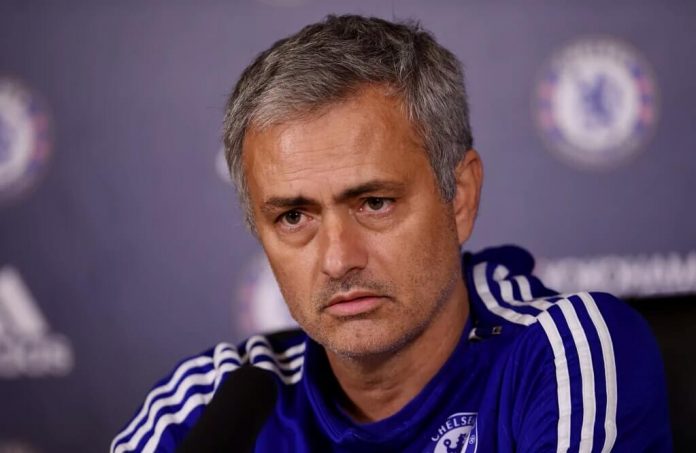 I’m a really big fan of comedy, especially stand-up. I think there is something really admirable about being able to stand in front of a crowd, talk about stuff and make people laugh. Rather than the money, many comedians thrive off the instant gratification of their listeners’ laughter. I routinely listen to and watch albums and specials of the great Richard Pryor, Paul Mooney and George Carlin etc. These guys were/are brilliant comics who perfected their craft and rose to the top. Several times they have had me howling and, I’ll admit, shedding tears from gut-wrenching laughter. However, I doubt that the collective genius of those three would have been able to come up with something as comically beautiful as Chelsea’s Premier League campaign so far. It has been a shambles and that is putting it mildly.
One of my favourite stand-up routines is a live bit from Rowan Atkinson where he makes the entire audience laugh without saying a word. Mourinho’s face has a similar effect every time it is shown on camera this season. His many comical facial expressions betray his fight to look dogged during his team’s struggles and show grief, uncertainty and despair. Anyone in this situation deserves at least a shred of pity from rival fans… anyone but Mourinho, that is.
Mourinho is no doubt the most pompous manager in world football today  His arrogance gets a pass because, well, he backs it up with wins and trophies. However, Mourinho’s arrogance with poor results and performances? Comedy. November 8, 2015, and last season’s title winner sits 16th on the table. Many would have wished for this but no one would have bet a dollar they found lying on the curb on it. It was inconceivable following the way Chelsea ‘strolled’ to the title last season, but here we are and it’s actually happening. I postulated a few weeks back that perhaps some supreme power somewhere is trying to humble Mourinho.
We have all been witnesses to unadulterated banter of the highest level, right out of the top drawer, which said supreme power has employed for this mission. This is looking like Mission Impossible now as Mourinho is yet to show any signs of learning humility.
Mourinho and his players have worked tirelessly to create beautiful comedy skits and sketches on the football pitch this season. I look at this as a season of The Chappelle’s Show we did not get to see. In just 12 PL games, Mourinho’s boys must have gone through the entire textbook of how to drop points. They’ve done the one where you score first and then lose; the one where you go behind, equalize and still lose; the one where you score first, concede, score again and still concede; the one where you make a draw against Newcastle seem a good result because you find yourself two goals down; they’ve had the big loss; the one where you concede two, score one to raise fans’ hopes and then concede another. They have done it all. 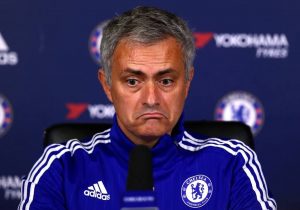 Mourinho’s given us comical facial expressions to go along with comical results, but he also gave us the Eva Carneiro scandal. Much has been said about Mourinho’s third season syndrome where he creates division within the club by falling out with key individuals. Physios who have not been briefed about the “dive and pretend to be injured” tactics employed by Hazard run out to the pitch to treat the “injured” player like they are employed and paid to do. Any drama here? No. But keep in mind this is Mourinho, and he has to blame someone, anyone; anyone whose name is not Jose Mourinho. So he goes after Eva, creating unnecessary drama for himself and the club while simultaneously providing us with some more banter of the highest order. Evidence suggests she must have taken Mourinho’s case to a few juju houses. He’s bought the club an unnecessary legal battle and himself a case in court, too. Fair reward for his troubles. 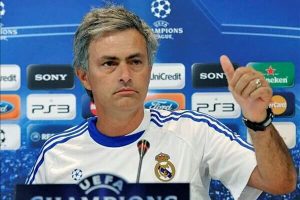 Like a waiter, Mourinho he has been handing out the main course in the form of free headlines for the press and free points for teams all over the country without knowing how to stop. Now this waiter is also serving us dessert from time to time, calling out Arsene Wenger at press conferences, while shouting at referees, while sleep-talking (many have even gone as far as to suggest he moans out Wenger’s name during sex with his wife. I, on the other hand think he probably is not getting any at home and this Wenger-bashing is the result of one too many blue balls.) If this had been a rap battle, no doubt by now Arsene Wenger would have accused Mourinho of being on his tip for long seemingly not willing to let go. For all of Mourinho’s shots, there has been absolutely no sign of Arsene Wenger giving the slightest toasted baguette, making Mourinho look like the petulant, unloved child of football called soccer that no one wants to be associated with. A recent L’Equipe article claimed Mourinho had made a reference to Wenger more times than he has won games this season. Mourinho’s recent press conferences are literally to die for. They are the only thing to compare to the hilariously comical performances his team puts out. Remember Chris Rock’s legendary Oscars monologue in 2005? Well, Mourinho produced an even more astonishing performance at the drop of the hat. Chris Rock took 18 months to write his monologue. A simple question about his assessment of Chelsea’s performance in a 3-1 loss to Southampton was met by an astonishing seven minute rant by Mourinho that will no doubt go down in history just edging Rafa Benitez’s and Kevin Keegan’s rants. At this point, one could see that he feared for his job. He talked about how he was the greatest manager in Chelsea’s history and should not be sacked for this reason. 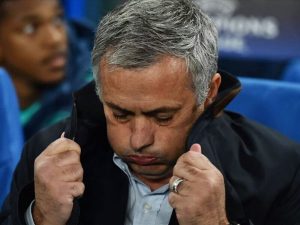 Again, evidence that he still has not learned to be humble. He claimed referees are afraid to give decisions to Chelsea (i.e. reward his well-trained divers for, well, diving well, with cheap penalties.) Incredibly, in another legendary stand-up press conference performance, after losing 3-1 to Liverpool, Mourinho then gave perhaps the shortest press conference in his career. He had nothing to say. Literally. The only thing he had to say was that he had nothing to say.
For the first time in a long time, it is really enjoyable to watch Chelsea games as a neutral. Neutral is not the right word though as opposition fans are always rooting for Chelsea’s further demise. This season we have had our wishes granted 7 times in 12 attempts in the Premier League. For any manager, this should mean a sack. But what would you do if someone was brilliant enough in 2015 to come up with a new hit comedy series? Something like ‘The Richard Pryor Show’. Would you want it to end a few episodes into its first season like Richard Pryor’s show did? Of course not. For this reason, because I am a staunch lover of good comedy, I hope the reports of Mourinho getting the sack are false and way off the mark. I want to see how this show ends but I want it to last a full season at least.