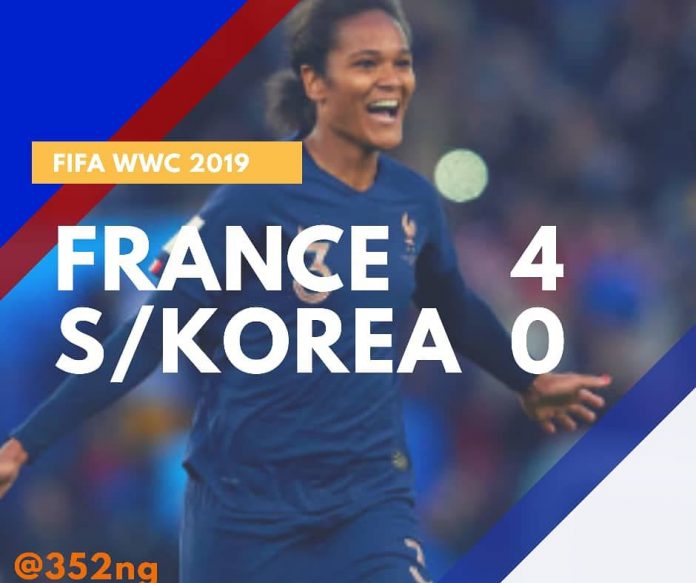 The 8th Edition of the FIFA World Cup in France kicked off amidst expected fanfare in a packed Parc de Princes stadium. The fans in the stadium and the global audience were entertained by French singer, Jain, the French military and a dance and crafts display with all 24 teams represented.

To the opening match itself.

France opened their World Cup account in emphatic fashion, demolishing South Korea 4-0 to lay down the gauntlet to other contestants for the throne.

It took Les Bleues all of nine minutes to open their account through centre forward Eugénie Le Sommer. The goal was the fastest goal in the opening game of a FIFA Women’s World Cup. 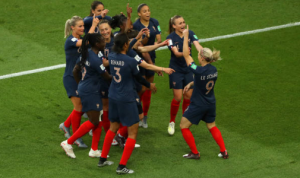 France were all over their Korean counterparts and barely let them get into the game. They finished the first half with 16 shots to Korea’s zero and rightly doubled their lead after 35 minutes through defensive stalwart Wendie Renard.

Renard doubled her account at the very end of the first half to give France a very comfortable lead going into the break.

They somewhat relaxed after the break and were seemingly more interested in passing pretty patterns around the Taeguk Ladies.

The icing on France’s cake came at the tail end of the second half with an early contender (yes already) for goal of the tournament. Amandine Henry found space at the edge of the area and unleashed a screamer to make it four for the French.

Les Bleues showed why they are one of the favourites to lift the trophy at the end of the tournament with a resounding display of dominance. South Korea were no match for them.

France next face off against Norway and will be hoping to continue with this vein of form when they do.

Korea on the other hand could be out of the tournament at the end of their next outing. A scenario they will need to improve their performance to prevent.