Football fans are going to be welcomed back from the international break by a derby weekend –  three colossal derbies in fact, one each in the three top European leagues and all on the same day. Fantastic you say? Definitely!

First by 12:30 local time Nigeria, the ever inconsistent Arsenal take on North London neighbours Tottenham whose last week before the international break consisted of a 3-1 win over reigning European and Spanish Champions Real Madrid. Spurs sit 3rd in the league standings after their 1-0 win over Crystal Palace while Arsenal are in 6th with 19 points from 11 games ahead of Burnley only through goal difference.

Arsenal pulled off a modern day miracle by having all their players return from country duty unscathed. Having fit players is one thing but utilizing them is another. Arsene Wenger once again came under heavy criticism for leaving in-form striker Alexander Lacazette on the bench in the 3-1 defeat to Manchester City. The Frenchman netted a brace against Germany and looks odds-in to start in his first North London Derby. 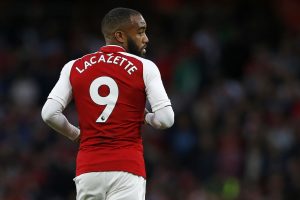 Spurs will have a fully fit Danny Rose as well as Belgian midfielder Moussa Dembele. They’ll be hoping their Great Dane Christian Eriksen can replicate his form for his country which saw him bag a hattrick to help Denmark qualify for next year’s World Cup.

Arsenal cannot afford to drop more points as a loss would leave them 7 points behind their North London rivals and a potential 15 points behind leaders Manchester City. A defeat even with 26 games to go could end any dreams Arsenal had of winning the league. The Derby has become more competitive recently after many years of red dominance, with 4 of the last 7 games ending in draws, including a 2-2 spectacle where derby specialist Harry Kane scored a delicious curler. 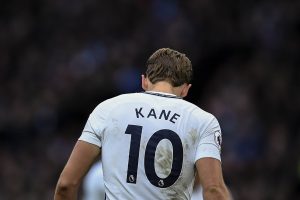 Next to Italy, still smarting from the failure of the country to qualify for the World Cup, the country will turn its attention to its most fiercely contested derby. The Eternal City will be divided into Maroon and Sky Blue for the 185th time but this would be a strange Derby della Capitale as it is the first since the retirement of the 8th King of Rome, Roma legend Francesco Totti will be conspicuously absent from his favourite  fixture and the top scorer and appearance holder in this fixture will be missed not just for his astounding goals but for his enigmatic celebrations as well. 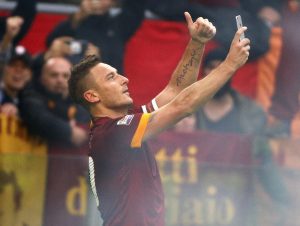 The results of the derby could have a huge impact on the Serie A table as a Roma win will move them to within 2 points of top of the table Napoli while a win for Lazio could move to within a single point. Lazio’s Ciro Immobile has lit up the Serie A this season and is one of the favorites to scoop the top scorer award this season. He has netted 14 times and assisted 6 and is easily Lazio’s best player this season. Roma’s Edin Dzeko’s 7 goals also cannot be overlooked and the the big Bosnian will be hoping to continue his good goal scoring form for the Giallorossi. 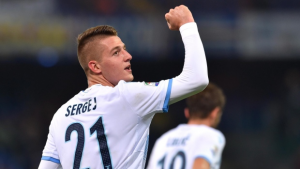 Finally to Spain where for the first time, the magnificent edifice that is the Wanda Metropolitano will host the Madrid Derby. Los Colchoneros and Los Merengues come into the Derby on the back of some dodgy form. Atleti and Real are 4th and 3rd on the table 4 points behind surprise package Valencia and 8 points off Barcelona at the top of the table.

Their domestic form is not so different from their continental form, before the international break, Real were humbled 3-1 at Wenbley by Tottenham while Atleti’s campaign is up in flames after a 1-1 draw at home against Qarabag (who now have a head-to-head advantage over them). Both teams have suffered from a lack of fire power from usual sources this season with Cristiano Ronaldo, Karim Benzema and Antoine Griezmann all suffering a lack of goals at the moment, they have had to turn to other sources for goals. Madrid have both Marco Asensio and Isco with 4 goals while Atleti have had to lean on Yannick Carrasco(3) and Angel Correa(4) for league goals this season. The last derby at the Calderon ended badly for Atleti in a 3-0 loss thanks to a Cristiano hat-trick and they will be hoping to start at their new stadium with a win. 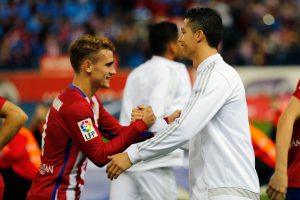 3 of Europe’s closest and most hotly contested derbies are on hand to help us forget the 2 weeks of international friendlies and qualifiers we had to endure. We couldn’t really ask for me. Could we?