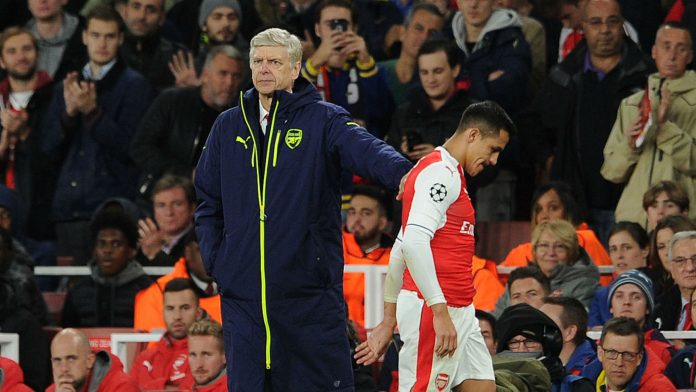 After a scintillating round of 1st leg fixtures that saw 34 goals scored in just 8 games, some teams find themselves on the brink of the quarter finals, some others needing a miracle and some teams seem to be succumbing to the same demons that have haunted and taunted them ceaselessly. As the 16 look to become 8, there will be no shortage of UCL drama. 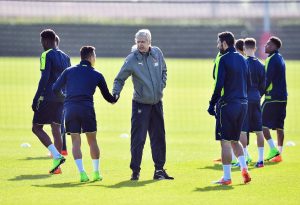 Arsenal currently trail their perennial nemesis Bayern 5-1 after buckling in the 2nd half after an injury to Captain Koscielny and are on the brink of exiting at the round of 16 for the 7th season in a row. They find themselves in unwanted but familiar territory having lost the first leg of their last 5 UCL knock out games by 2+ goals. With uncertainty hovering around the Emirates, Wenger will need his boys to put in a performance of epic proportions if they are to pull the chestnut from the fire. 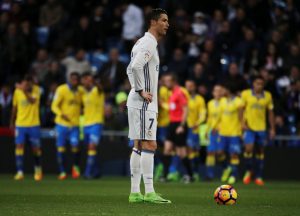 Napoli face reigning champions Real Madrid having lost the first leg 3-1 despite opening the scoring on the night. That away goal means that the Partinopei will advance if they can record a 2-0 win in Naples but keeping Madrid off the scoresheet will be a hard ask, as can be attested to by the last 46 teams they have faced. Napoli have some fire power of their own in Dries Mertens who has netted 16 times in his last 15 games, as well as Insigne who has scored 9 and served up a further 10 goals.

Barcelona trail PSG after they were left with their tails between their legs in Paris, spectating as Di Maria, Draxler and co dismantled and humbled them 4-0 leaving them needing a miracle to progress. Their form in the week leading up to this fixture has been tremendous, scoring 11 times in the last two matches. If Luis Enrique can get his front 3 firing again, then Barca can certainly dream of becoming the first team to recover a 4 goal deficit in the UCL. 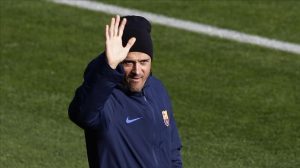 Borrusia Dortmund will host Benfica in hopes that they can overturn a 1-0 deficit incurred at the Estadio da Luz after the top scoring team in the group stage were unable to penetrate the qualifiers with the least points. Dortmund will be confident going in to the 2nd leg, having beaten all 5 previous Portuguese visitors in the UCL including a 2-1 success over Sporting Lisbon in this year’s group stages. Benfica have a record to be confident in as well, losing only 1 of the last 13 European knock out games in which they have won the first leg 1-0. Including last season against Zenit at this same stage.

Two goals in the last 20 minutes at the Dragao put Juventus firmly in the driver’s seat of their clash with Porto, but they will need to keep their concentration in the second leg as they more than anyone else should know how fickle a 2 goal lead can be, having fought back from a 2 goal deficit as well as having lost a 2 goal lull against Bayern in last year’s round of 16. If they are to extend their league dominance to Europe, they will need to put in a decent performance to see the tie through. 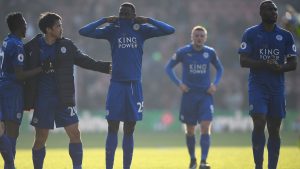 Leicester were on a downward spiral going into the first leg at the Sanchez Pizjaun failing to score in 5 straight EPL matches and they were outplayed for large portions of the game which ended 2-1 and ultimately cost manager Claudio Ranieri his job. They did manage to get an away goal through Jamie Vardy to and as such can still qualify with a 1-0 victory which happens to be their most frequent winning scoreline from their fairytale run last season.

Even the usually conservative Atletico Madrid caught the goal scoring bug in the first leg as they put 4 past Bayer Leverkusen in their 4-2 away win, a sharp contrast to the 1-nils that were played out the last time these two met in 2015. Leverkusen have been in shocking form in the Bundesliga losing their last 3 games and Atleti will be buoyed by their record of winning their last 7 knock out ties against German opposition including last season’s semi final ousting of Bayern Munich. 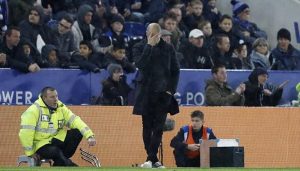 Manchester City and Monaco played out probably the most entertaining match in the first leg of fixtures, both teams trading the lead, and the citizens eventually running out 5-3 winners. The top coring team in European leagues will look to stop Pep Guardiola from reaching the quarter finals of the UCL for the first time in his managerial career, and are perhaps still the team with the edge as a win by almost any 2 goal margin will see them through to the next round.

All around Europe, every prayer will be chanted, every amulet kissed, every pair of lucky shinguards packed in the matchday baggage and possibly even voodoo priests visited as teams will try everything they can to reach the next stage of Europe’s most illustrious cup competition.