The World cup remains the biggest football competition on the planet and playing in it brings enormous pride and honour. This is not just for the players that get the chance to showcase their talent but also for entire nations who get the chance to partake in a collective experience with much gusto. It is just the same for Nigeria’s Super Eagles.

The Super Eagles are set to make a sixth World Cup appearance and fortuitously happen to be the only African nation to be making consecutive appearances following the last time out in Brazil. The ambitious side teeming with youth strolled past an intense qualifying pool containing seasoned campaigners, Cameroon and Algeria. With what seems to be a better preparation, devoid of bonus challenges, the nation can surely hope for a good outing.

352NG looks back to the past to check up on what has become of the side that turned out for the African giants at Brazil 2014. For starters, it is important to note that at least five of these could make an appearance for the Eagles in Russia.

Captain Joseph Yobo retired from professional football in November 2015. He, however, continues to be involved with the sport. Goalies Vincent Enyeama is in France with Lille while Austin Ejide is at Hapoel Hadea (Israel) while Chigozie Egbim plays for Gombe United in the NPFL.

John Obi Mikel and Michael Babatunde have crossed over into Asia with the former Chelsea midfielder now plying his trade with Tianjin Teda in China. Babatunde is at Qatar Sports Club, Saudi Arabia currently.  Ogenyi Onazi and Kenneth Omeruo have not gone as close as possible to the Asian continent as possible, but only just. They both turn out for Turkish football sides Trabzonspor and Kasimpasa 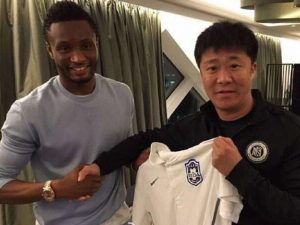 Plying their trade right now in Africa are Uche Nwafor who plays for Rivers Utd (Nigeria), Kunle Odunlami who is at Al Merreikh Omdurman (Sudan), Ejike Uzoenyi and Eguekwe Azubuike who are both in South Africa (Ajax Cape Town & Supersport United respectively).

Here’s to this year’s Eagles, wishing them the very best in Russia.