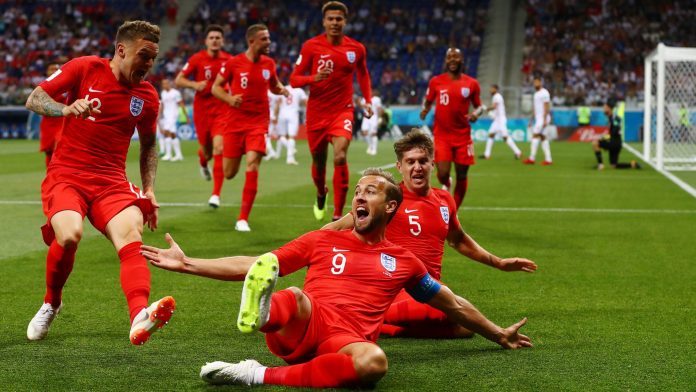 *Two strokes of Kane: England gaffer Gareth Southgate raised eyebrows when he elevated Tottenham striker Harry Kane to skipper of the side over Gary Cahill, Jordan Henderson, Ashley Young and co. making him the youngest player ever to captain England in a World Cup. In retrospect, the decision appears to be paying off. He has handled the office well and showed that on the pitch as well. In the game against Tunisia, he led by example, bagging two goals as the young lions roared to victory on the night—the second, a 90th-minute winner.

*Belgian Red Devils send Panama to hell: Probably the most star-studded and exciting team in Europe, the red devils showed no mercy when they clashed with Panama in a group G encounter in Sochi. Though, determined in defence, the side from Panama knew it was a serious task keeping the Belgian attackers at bay. A Dries Mertens volley opened the floodgates and Romelu Lukaku, after a lukewarm first half, added a double to send the Devils top of group G leaving debutants Panama bottom of the log.

*No respite for African teams: African teams are still finding it tough against their counterparts from other continents. Tunisia was the latest to taste defeat—they did manage to score Africa’s first goal in the competition nevertheless when they looked to have weathered barrage of attacks from the three lions. With just three minutes left on the clock, the Carthage Eagles conceded a needless corner-kick from which Harry Kane scored the winner for his side.

*VAR gets Sweden out of jail: Going into this group F fixture between Sweden and South Korea, the media has been awash with reports of the latter’s accusation of Sweden sending a spy to watch their training sessions. According to South Korea’s coach, Shin Tae-yong, since it is difficult for Europeans to distinguish between Asians, he had to make them swap jerseys during sessions to confuse the spy. When both teams took to the centre-stage, it was a rather quiet and evenly matched affair until the 64th minute when the video assistant referee decided the outcome of the game. Initially, the centre referee had waved play on following Lee challenge on Claesson inside the Korean area, before halting a Korean attack while pointing to the spot, following advice from the VAR and after watching replays. Swedish skipper, Andreas Granqvist was able to keep his composure as he slotted home the only goal of the game to become only the second oldest player to score on his world cup debut.

*Bug invasion: The Volgograd stadium, venue of the England/Tunisia game was invaded by bugs as hostilities started. The invasion is thought to be a consequence of the hot summer climate on the Volga river, which runs through the city and eventually into the Caspian Sea. What if they just came to watch the game as every normal fan would and were misunderstood, eh?