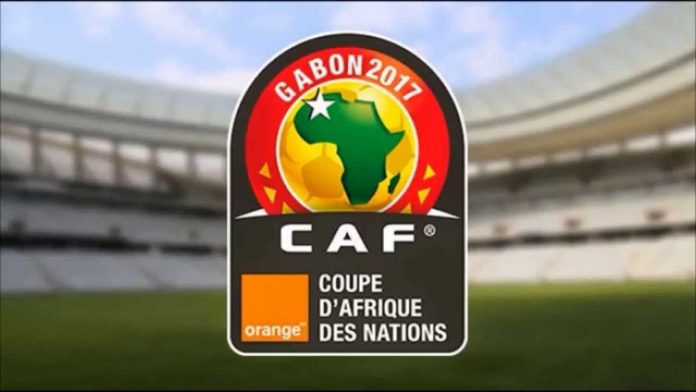 The African Cup of Nations popularly referred to as AFCON or CAN (cup of African Nations) tourney kicked off in Gabon on Saturday with some of the continent’s finest players, teams, hairstyles, and dance steps set to be on display.

Indeed such is the awe AFCON tournaments offer that on rare occasions the football does not provide top notch entertainment, you could always distract yourself with some extracurricular activities going on in the pitch or in the stands.

The absence of perennial powerhouse Nigeria from the tournament sticks out like a sore thumb. The super Eagles miss out on a 2nd successive tournament, but fear not, the teams that have made it this far are more than capable of providing a worthy spectacle.

Group A
GABON: Awarded hosting rights due to hostilities in Libya, the Panthers/Brazilians need to show some of that samba magic if they are to progress further than their quarter final adventure from 2012.
Key Players: Pierre-Emerick Aubameyang, Didier Ndong, Mario Lemina.

BURKINA FASO: Challenging the hosts will be the Stallions of Burkina Faso who were within eye shot of the trophy in 2013 but eventually succumbed to defeat in the final. They qualified as top of their group.
Key Players: Jonathan Pitroipa, Alain & Bertrand Traore.

CAMEROON: The Indomitable Lions will be without a number of familiar faces as they embark on their quest for a 5th trophy. Joel Matip, Allan Nyom, Stephane M’bia, Chuopo-Moting will all be missing from the team.
Key Players: Vincent Aboubakar, Nicolas Nkoulou, Clinton N’Jie.

GUINEA BISSAU: Making their maiden AFCON appearance are the Brutus (Wild Dogs) of Guinea Bissau who qualified as winners of Group E which contained 2012 Champions Zambia. They will be kicking off the tournament against the Hosts Gabon.
Key Players: Cicero, Bogundji Ca, Zezinho.

GROUP B
ALGERIA: The Desert Warriors are considered favourites to cart away the top prize due to their repertoire of attacking talent. They will need to be at their best if they are to qualify from one of the tougher groups in the competition.
Key Players: Riyad Mahrez, Islam Slimani, Yacinne Brahimi, Nabil Bentaleb.

TUNISIA: The Carthage Eagles will provide stiff competition for their North African neighbours in Gabon as they aim for a second title and a first away from home.
Key Players: Amen Abdennour, Wahbi Khazri, Ahmed Akaichi.

SENEGAL: Boasting some of Africa’s finest talent, the Teranga Lions of Senegal ranked 33rd in the world and 1st in Africa would be looking to show the world why they are rated so highly by FIFA.
Key Players: Sadio Mane, Kalidou Koulibaly, Moussa Sow, Cheikh Kouyate.

ZIMBABWE: The Warriors are the minnows of the group and have an uphill task ahead of them. They have already shown some back bone by edging favourites Guinea in the qualifying stage to make the finals.
Key Players: Knowledge Musona, Kudakwashe Mahachi, Cuthbert Malajila.

GROUP C
COTE D’IVOIRE: The Elephants are defending champions but are missing a few of the players who won the 2015 AFCON tournament. However, they still give the impression they could go all the way and defend the title with a different but capable squad.
Key Players: Eric Bailly, Wilfred Bony, Serge Aurier, Wilfred Zaha.

DR CONGO: The Leopards finished 3rd the last time out in Equatorial Guinea and would be more than happy to record a similar result or go a few steps further this year. However they will not be able to count on the service of Everton player Yannick Bolasie who is out with an injury.
Key Players: Diomerci Mbokani, Cedric Bakambu, Marcel Tisserand.

MOROCCO: 2-time AFCON winner, Coach Herve Renard is looking to secure his 3rd title with a different team as he leads the Atlas Lions into battle in Gabo. They aim for their first AFCON title in 37 years.
Key Players: Medhi Benatia, Youssef El-Arabi, Mbark Boussoufa.

TOGO: Togo qualified as the 2nd best runner up in qualifying via a superior goal difference edging out Ethiopia and Benin. The Sparrows have in their ranks the highest goal scorer in their history Emmanuel Adebayor. Amazingly, despite being without any current club engagement he was called up for the tournament.
Key Players: Emmanuel Adebayor, Serge Gakpe, Floyd Ayite.

GROUP D
GHANA: The Black Stars, are still licking their wounds from their traumatic Final loss to Cote d’Ivoire in 2015. They come into AFCON 2017 on the back of an unbeaten qualifying campaign where they scored 14 times and conceded just 3 times in 6 games.
Key Players: Andre Ayew, Jordan Ayew, Mubarak Wakaso.

MALI: The Eagles of Mali are considered a top side in African football but have often flattered to deceive. Having never won an AFCON or qualified for a World Cup, they will need to put in an unforgettable performance in Gabon to shake off the “pretenders” tag they are currently stuck with.
Key Players: Adama Traore, Kalifa Coulibaly, Bakary Sako.

EGYPT: The Pharaoh hold the record for most AFCON tournament wins and dominated African football from 2006 until 2010 winning 3 consecutive tournaments. Unfortunately, they’ve failed to qualify for the finals since, missing out on thrice in a row. They are back in 2017 looking to pick up where they left off in 2010.
Key Players: Mohamed Salah, Mohamed El Neny, Essam El Hadary.

UGANDA: The Cranes qualified as the best runner up in qualifying and only finished 2nd thanks to Burkina Faso’s better head to head record. They’ll be looking to make an impact at their first AFCON appearance since 1978 (they finished as runners up then). Also, look out for Dennis Onyango who has been with the team for a decade!