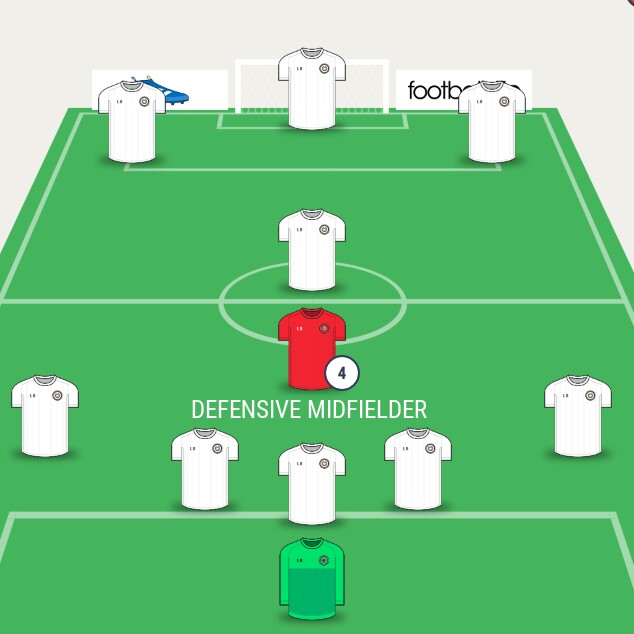 Tactical analysis of the defensive midfielder

Who/what is a defensive midfielder? 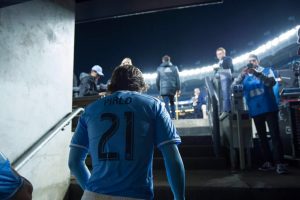 In the quote above, which is more often than not the belief of the average football fan, lies the biggest misconception about the number 4, as it is an incomplete truth, which can be claimed to be no truth at all, as even though it makes some sense, the statement in isolation is incorrect and misleading. The reason being that it has defined the DM in what I believe is an obsolete definition and understanding of the term; a definition of the term along the lines of the generic function of the player popularly known as the DM.
It is very important in the analysis of players in the modern game to realize that a player can be defined in terms of POSITION or/and in terms of TYPE/ROLE/FUNCTION. For instance, Inzaghi, Totti, Eto and Crouch are all strikers but their manner of interpretation of the same position is different, so while in terms of position, they can all be considered as strikers, in terms of type/role/function, they are Poacher, False 9/Trequartista, Complete forward and target man respectively. So it is clear to see that it is necessary to separate and independently define a player along his

(i) Position and then,

(ii) Type.
To further emphasize this point, we look at the diagram below, 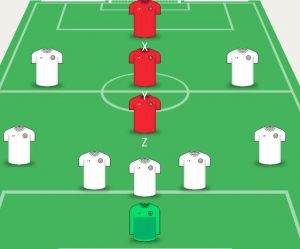 The player represented as X is the Striker (position), he could be Messi (false 9), Chicharito (Poacher), Rooney (deep lying forward), Suarez (complete forward) or Mandzukic (target man), also the player Y is the Central Attacking Midfielder (position), he could be an Enganche (Riquelme), Interiore (Iniesta), Inside forward (Ozil), Advanced Playmaker (Zidane) or Shadow striker (Fellaini).

In the same vein, if I were to ask you what type of player is represented as Z in the diagrams above, your answer would be Defensive Midfielder, now that player can be Pirlo, that in fact is the position Pirlo played in

So when we say “Pirlo is NOT a DM”, we might be right in the sense that he is not an ‘archetypal DM’ but we are mostly wrong in the sense that in terms of his starting position Pirlo is actually a defensive midfielder.

In the situation of the striker, the position-type dichotomy is less confusing and easier to understand than in the situation of the number 4, reason being that the most popular type of a defensive midfielder (position); one I personally prefer to refer to as the archetypal DM/destroyer/ball winning midfielder, is generally known as the defensive midfielder (type), herein lies the confusion and the root of the misconception.

In an attempt to clarify more and increase understanding we take a brief look into the major types of the defensive midfielder, which are:

THE ARCHETYPAL DM
Otherwise known as the Volante or more specifically, Volante de Contencion, is the most popular type of the number 4, and can be further sub divided into

(a) Anchorman
(b) Destroyer
(c) The aggregate DM.

Anchorman – also known as the water carrier, is a defensive midfielder popularly found in point backwards 3 man midfields e.g. 4-3-3, 3-5-2 or centre based 4 man midfields e.g. 4-1-2-1-2, lopsided 3-2-2-3, who fills in the area between the midfielders and defenders i.e. sit in the hole between the defence and the midfield and whose major function is to intercept moves, delay opposition attacks, win the ball and laying off simple passes to his more creative teammates.

Acting as an anchor to the defence, he doesn’t stray too far from his defence, maintains a very high level of positional discipline, is usually found very close to his centre backs and usually avoids getting dragged into wide areas. The anchorman like the deep lying playmaker is always willing to drop deep into the last line of defence during Salida Lavolpiana (translating in English as ‘the way out of La Volpe’); a popular tactical concept in the modern game where a midfielder drops deep between his 2 centre backs with the full backs pushing slightly forwards to create numerical superiority during the early phase of ball development.

He is also on hand to replace centre backs that have been dragged wide. The anchorman is a bit more space oriented and defends more ‘zonally’ than the destroyer. Examples of Anchormen are Makelele, Busquets, Mikel, Iturrasspe, Coquelin, Gilberto Silva etc. 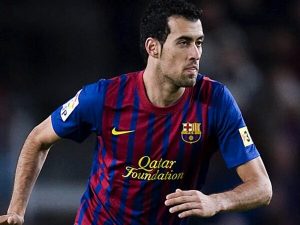 Destroyer – also known as the ball winning midfielder, is another sub type of the archetypal DM, he is usually an aggressive tackler and very athletic individual who is tasked mostly with winning the ball and disrupting the flow of the opposition play.

Their game is centred on physicality, strong tackling and a high work rate. They are given more positional freedom than anchormen and are more ball and player oriented than the otherwise spatially oriented anchormen. The ball winner would close down the opposition to win the ball in almost all areas of the pitch, unlike the anchorman who stays very close to the centre backs. Examples of ball winners are Lassana Diarra, Roy Keane, De Jong, Wanyama, Lucas Leiva, Flamini, Behrami, Medel, Fernando etc. 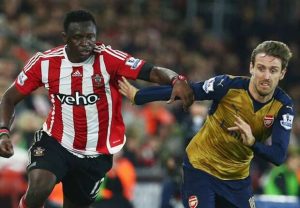 The Aggregate  DM – I admit this sub type of the archetypal DM is of my own making but with due reason as I could not find any accurate technical term to describe this kind of player. The aggregate DM is a player who combines all the qualities of all types of DM, from the anchorman, to the destroyer, to the box-to-box DM to the deep lying playmaker.

They can interpret adequately the different roles and would atimes in the same game be seen at different points in time playing in different styles depending on the ebb and flow of the game. Examples of aggregate DMs are Patrick Vieira, Javi Martinez, Morgan Scneiderlin, Matic, Kondogbia, Schweinsteiger, Guarin etc. 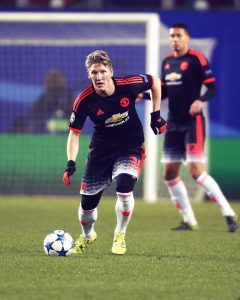 All the various types of the archetypal DM are majorly defensively oriented and are not usually tasked with majorly influencing the attacking phase of the game.

The Box to box DM possesses great mobility, athleticism and non-stop dynamism. In defence he mostly acts as a ball winner but in attack he is expected to support the attacking players high up the pitch, make runs to arrive late into the box or even surging runs past forwards in order to get into goal scoring positions. He is expected to contribute well in the attack by getting goals and assists and is predominantly more attacking than the archetypal DM.

He is also expected to press the ball from high up the pitch, which if fails is expected to fall back and form a part of the defensive block. Examples of box-to-box defensive midfielders are Fernandinho, Henderson, Alex Song, Onazi, Andrea Poli, Yaya Toure, Marchisio, Essien etc.

The deep lying playmaker also called the Regista, just like the Box to box midfielder can positionally be a defensive midfielder or a central midfielder depending on how high up the pitch or deep the players average location is.

For instance, both Xavi and Alonso are registas, Xavi is a CM while Alonso on the other hand is a DM. the Regista DM usually occupies the same positional space as the Anchorman, the hole between the defence and the rest of the midfield. He is tasked to function as the metronome of the side, like a wheel directing the team, strategically determining most of the attacking play from a deep position.

Often referred to as the brain box or the orchestrator, he usually is a more offensive than defensive player despite functioning from a ‘defensive’ position. Usually armed with wonderful vision, first touch, range of passing the DM regista is the creative fulcrum of the teams attacking play, distributing the ball and setting the tempo of attacking. Whilst not as defensively astute in terms of physicality, tackling and athleticism as any other type of number 4, they atimes  make up for it with excellent positioning, good anticipation and brilliant marking of space, they are also very adept at delaying opposition attacks. Examples of DM registas are Carrick, Pirlo, Alonso, Montolivo, Verratti etc. 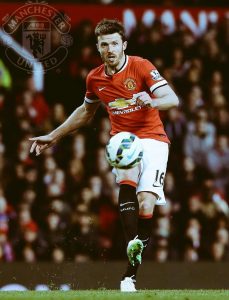