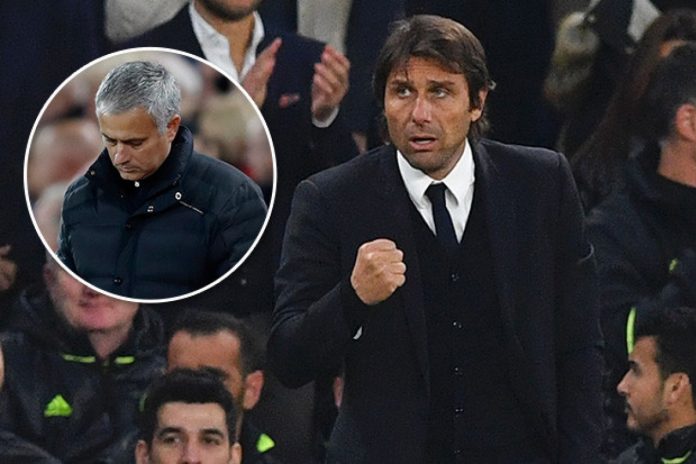 The last time they were champions, Chelsea missed out on a string of targets, started slowly after a tough summer tour, never recovered and sacked their manager before Christmas.

Then came Antonio Conté, who pulled off a miracle last season to win the title at his first attempt. Season 2 however, could end up being much tougher than a week at the White House.

The stressed champions, hampered by the folly of Kenedy, have been exemplary with the way they have handled the demands of their Asia tour. The trouble with Chelsea though, could yet be even more serious than a fringe player with attitude.

The Blues appear to be exactly where they found themselves 2 years ago after Jose Mourinho had led them back to the top of English football. Conté is seeing it from a mile away. Maybe his strops during his summer holidays had some substance to them after all.

Far from building from a position of strength, the Champions have been outbid for Kyle Walker and Romelu Lukaku. They are also being kept at arm’s length for another of their top targets, Juventus’ wing-back Alex Sandro.

Out there in Singapore, it was alarming to see the ease with which Bayern Munich toyed with the title winners during the first half of their 3-2 win. Franck Ribery ran the show. Thomas Muller, who struggled for goals last season, hit two against the Blues – one of them a screamer. Again, against Inter Milan, as soon as Chelsea opened up to go in search of an equaliser, the Italians hit them on the counter and put them to the sword.

No wonder Conté is getting his excuses in early.

Over the past week, the former Juventus boss has pleaded on at least four occasions publicly for the board to speed up their search for more players. He has let slip his admiration for Harry Kane and also the fact that they lost Walker and fielded eight youngsters against Inter at the weekend. He has even warned the club not to expect to be competitive in the Champions League with so few options. Conté must be wondering himself why he sanctioned the departures of so many players that could have made an impact for Chelsea this season.

Why is he allowing Nemanja Matic to strengthen Manchester United? Why not use a hungry Tammy Abraham as a third striker and why is Ruben Loftus Cheek at Crystal Palace? Seventeen in total have left. Just four have been signed this summer. One player, rookie Andreas Christensen, has returned from a loan spell.

The parallels with two years ago are striking. Back then Chelsea’s board failed to land Paul Pogba for Mourinho. John Stones too. The club had been out on a tough tour of North America. They were expected to hit the ground running on their return. Instead they ran out of gas and never recovered. A defeat to Arsenal in the Community Shield that year was followed by one win in their opening six games. Mourinho was sacked that December.

As we all know, Conté’s new deal – announced earlier this month – was basically a pay rise with 2 years still remaining on his contract.

Somebody wants to keep his options open. With uncertainty over Chelsea’s title defence it is easy to see why.