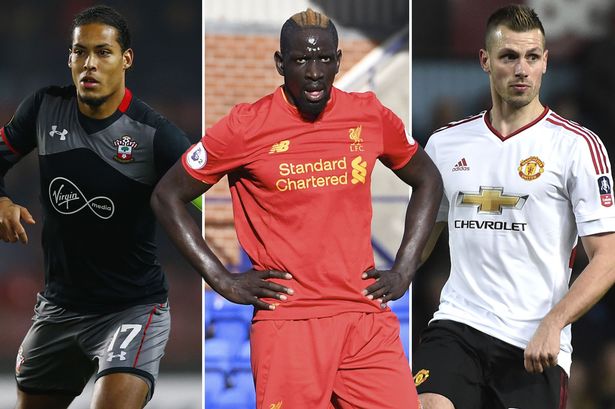 The New Year is meant to usher in new hope for a new beginning. More so for footballers who have been strapped to the benches beside their coaches all season long. This is where a switch of clubs in the winter transfer window becomes such a desperate need. While some players pine after kick starting stalling careers, others need to step up to bigger stages. We look at some of these players across Europe.

The Dutchman has now failed to make a positive impression on 2 consecutive Manchester United managers. The fans are equally disillusioned with their signing from 2014 as well. This season he has failed to make a single league start and managed a total of just 20 minutes in 4 substitute appearances in the league. Everton Manager Ronald Koeman is keen to offer his compatriot a way out, and Wolfsburg, fresh from the loss of Julian Draxler would be in need of a new talisman. The flamboyant youngster could fit the bill.

Jese has endured a horrific start to life at Paris Saint Germain since his surprise summer move from the Bernabeu. Only a solitary Ligue 1 start in a move which head coach Unai Emery has described as “a mistake” underscores how disastrous the past 6 months have been for the Spaniard. A loan move back to the La Liga could be on the cards ahead of a permanent transfer away from PSG in the summer.

After a sparkling performance at the 2016 Olympic Games, Inter Milan won the race to sign the highly rated Brazilian forward. Sadly, he has been frozen out of the team for much of his time in Italy. The Brazilian has cut a frustrated figure recently, making only 3 substitute appearances thus far. He would be more than happy to take a break from Inter or pursue something more permanent. A loan move back to Brazil is not off the table either.

4 minutes in the EFL cup game against West Ham is all the World Cup winner has to show for the first half of the 2016/2017 season. This is the byproduct of falling out of favour with Manchester United manager Jose Mourinho. At 32 years old, he has probably given all he can to top level football and will be looking to play football at a slower tempo as he coasts into retirement.

James has fallen further down the pecking order this season at the Bernabeu. Despite making only 4 La Liga starts, his manager Zidane still claims the Colombian has a role to play in the team. His agent Jorge Mendes agrees with Zidane but it might be time for him to end his Madrid adventure while he still has people willing to take a gamble on him. However, one major stumbling block to a transfer will be Real’s valuation of £60m.

Tony Pulis and Jeremy Peace have continued a masterclass in how to ruin a young player’s career as Berahino continues to rot on the West Brom bench. After a falling out over a failed transfer in the summer of 2015, things have gone south for the talented Englishman. He last played for the Baggies in September and is understandably desperate for a move away from the Hawthorns. However, having rejected several bids, West Brom might be more inclined to sell now instead of losing the player on a free transfer in July.

Possible Destination: Anywhere but the Hawthorns

His Liverpool career has hit a cul de sac after a strange series of events that began with him being suspended while UEFA investigated a possible doping allegation. He was ultimately exonerated. His acquittal was followed by a series of alleged injuries which kept him out of the side after he was sent home from the team’s pre-season training for multiple disciplinary problems. The French defender would ultimately put the nails in his own Anfield coffin by posting a video on Snapchat calling out the Kop hierarchy for lying about his fitness at the time.

West Ham’s Creator-in-Chief wants to abandon his troops. With an average of about 4 chances created per game, 6 assists and 5 MOTM awards this season, he has been their best player but has been unable to help the Hammers attain last season’s dizzying heights. At 29, his quest for regular Champion’s League football could see him trade up for a European powerhouse. His recent tantrum throwing fits have all but complicated things at London Stadium further. Manager, Slaven Bilic insists he is not for sale but the chalice has been poisoned already.

The Dutch Centre half has been impressive since his 2015 summer move from Celtic and could be on the brink of a move after some interest from Everton. Koeman at Goodison Park brought van Dijk to England and that could be an advantage. Not if Manchester City’s Pep Guardiola can help it though. The Citizens are desperate for a new Centre-back given their defensive woes this season. Southampton will have a lot to think about in the coming weeks.